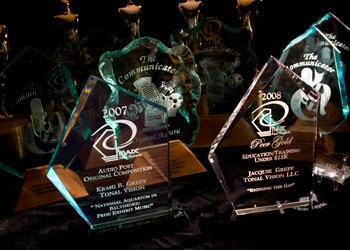 Cheryle Franceschi's documentary "Conservation Kids: A Green STEM Documentary", which Tonal Vision edited and helped film, has been broadcast on Maryland Public Television and elsewhere on PBS, is streaming on a number of PBS stations, and has been accepted into several film festivals. Visit the film's web site, conservationkids.us or Facebook page for the latest updates.

Jacquie Greff received a Distinguished Service Award at the 2018 TIVA-DC Peer Awards Saturday, November 17 "in recognition of outstanding service to the community and a positive influence and impact on TIVA and it's mission." Visit our blog page for the video they produced and more about Jacquie's story. 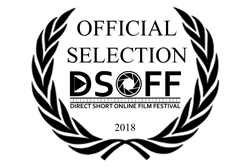 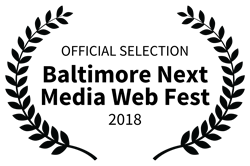 Tonal Vision was named a Constant Contact All Star for 2017 because of our exemplary outreach and engagement with our audience. This annual designation is something that only 10% of Constant Contact customers receive for their excellence in building better customer relationships.

Tonal Vision produced an independent film for deaf Director Alexander Genievsky, which was Best Picture Nominee for the Toronto International Deaf Film & Arts Festival and AbilityFest, Chennai, India; was an Official Selection of the Hong Kong International Film Festival, the Utah Valley University Film Festival, the Moscow Disability Film Festival; won the Audience Award at Rostov-on-Don Festival, Russia; and was on the Top List of Winners at Deaf in the Picture, Amsterdam, Netherlands.