The Eye of the Writer 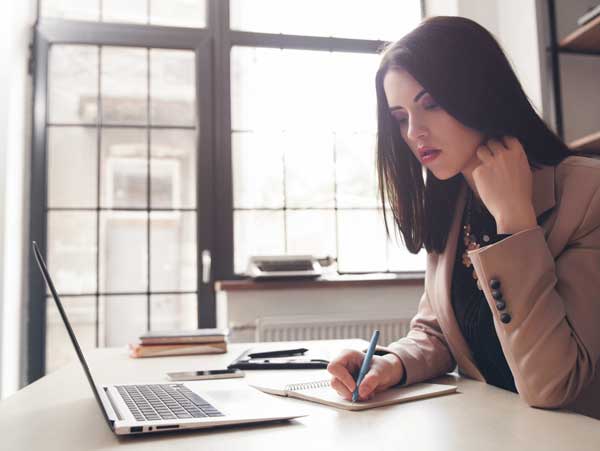 Despite what the dictionary says, a script is so much more than just "the text of a manuscript or document". A script is the heart and soul of your video before you even make it.

The script lays the foundation for its tone, visuals, and timing. Whether employing a script writer or writing one yourself, there are a few underlying considerations when developing a script.

What is your Goal?

Your overall goal will set the stage for everything that goes into the script, so deciding the message should be your first priority.

Having defined your goal, next create the hook, which is the opener that catches your audience’s attention. The hook can be an open ended question or vivid scenario, but don’t try to scare the audience since scare tactics don’t keep viewers hooked for too long.

The goal will also help define your call to action, which is what you want your audience to do as a result of having watched the video. The call to action should always be a specific act. It can as easy as visiting a website or more demanding, such as "call your Senator today". A good call to action will provide a compelling reason to promptly respond, for example "Order today and receive a free gift."

Who is your Audience?

In addition to knowing your goal, you also need to know your target audience, including their age, income and how tech savvy they are. That audience will help define everything from characters to dialogue, but it will especially influence the hook and call to action. To learn more about how to market to different audiences, download our e-book "Speaking to the Generations: The Role of Generational Advertising in Video Marketing".

Once your goal and audience are in place, begin to develop the idea. List the important facts you want to convey. Check to make sure all are accurate, up to date and in the order you want to communicate. These facts and the subject matter will help set up the dialogue and visuals.

The verbal and visual style should be cohesive. The details should be as specific as possible. Voiceover or dialogue should sound realistic and natural, and should speak to the target audience.

As you develop the script, check to confirm it falls in line with PSA’s or commercials that are similar in style to your message.

Only when the idea is developed with characters and a location in place, can a budget be estimated. The budgets will be very different for a single company spokesperson in his/her office versus a small, indoor location with two actors versus an exterior scene that features a dozen people.

Commercials, PSA’s and other video communications can all use the same format. Whether you choose a single spokesperson, animation or live action, the script should be columned with time, audio and video. Each line will contain the timing, sound and visuals for that portion of the script.