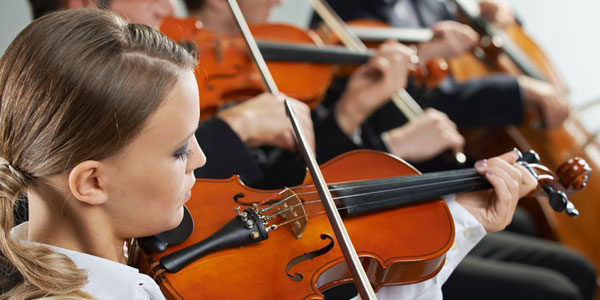 When you're young, you're full of vim and vigor and want everyone to hear that last piece you composed or played or chose for your latest project. Even if you don't play an instrument, when you are first starting out you can have a tendency to boost the volume or conspicuously place your music selection in a way that it's noticed. Hell, it's your choice, and you're proud.

Good music enhances the film. If you are a video editor who wants to add music to their work, it’s really important to listen to the experts in the field. Jerry Goldsmith, James Horner and Randy Newman are three to start with to understand music composition and placement in the film business. These gentlemen have literally hundreds of films each and there probably isn't a bad one in the stack. Get a few of these films – Glory, Field of Dreams, Poltergeist, Star Trek, Patton, Under Fire, Toy Story, A Bug's Life, Avalon and Ragtime. Watch and listen. These three masters will really demonstrate, each in their own way, how all of this is done. Quickly you'll hear how the film becomes more than it is when the music is added. As an experiment, turn the sound off and watch awhile. Still pretty damn good. Then turn on the sound. Now a thing of magnificence unfolds. At all times, the music enhances the film, and not the other way around.

The major exceptions to rule about the music supporting the film are the opening and closing themes. In addition, there might be a mini theme or two in the film that is highlighted. These themes often exist on their own to launch the film and, for major motion pictures, are sold as soundtracks. Some of this also holds true for long-form documentaries. The opening and closing pieces and up to two minis may be highlighted, but the rest of the music is subordinate to the film.

OK, all this being said, not many folk are going to be the next Randy, Jerry or James. So, let's worry about the real world. We’ve just learned that the function of the music should be major support of the visual. Now, let's look at what to choose and why. Two rules to follow here: (1) use music within your comfort zone, and (2) use common sense in your choices.

I’m a piano player and I have a natural tendency to choose piano music right off the bat. You might say, "well, you are a piano player so you're choosing something that makes you feel comfortable." I may argue that it doesn’t make anyone mad or offend them, but the fact still remains that I like the piano and know what pieces work well with a film and how to use them. When you are within your comfort zone, you are there for a reason. You have spent more time with that type of music, like it, and really believe it sounds better. You know that type of music and how it should be used. So, choose music that is within your comfort zone. If you like acoustic guitars, go ahead and use that music. Your music choices will work much better if you feel comfortable with them and like them.

And now the common sense part. Use it! Don't throw in bagpipes, banjo or accordion just because you played one of these instruments as a little kid. I've played accordion for 50 years plus, but I'm very judicious on my use of its’ sound in a video. I'm aware of the prevailing winds about the old squeezebox in the United States and Larry Welk syndication. If you are climbing a hill where William Wallace once battled, only the bagpipes will work – but not for a New York street scene. Hip hop is better. So you get the part about common sense.

The next part seems simple enough but has hung up a lot of folks — scale the music to the scene. If the scene is big, use big. If it's small, use small. Simple right? You would be surprised to find how many times I've heard acoustic guitar back of a large battle. Think orchestra here. A big powerful rock band might work. If the video has big elements — a rocket blasting off, an invading army, jets leaving an aircraft carrier — these all require a big sound and big instruments. If the scene is small, go the other way. Two lovers on a quiet beach usually require something simple and sparse. A solo piano. A guitar strumming with a shaker would work. Here's where you have the room to be creative. Try some things but follow the general principle — big equals big and small equals small — and you won't be too far off. Just remember back to the first part of this article — even if it's big, the video is still the king. Never let your music get so big that it eclipses the video.

The hardest yet the most creative part in adding music is when you have to create the mood, which includes establishing the pacing. Common sense works wonders for sliding in the music, but this final area can break a lot of the rules. When you are first starting out, you want feedback from a lot of different people. Lay in some music and play it for members of your family. Find some other editors that have done this a lot and get their opinions. Ask what they like and dislike, and get them to be specific. Check out the people that have won major awards at this stuff and look at the music they used. Try some different types of music for the same scene and see how they work. Don't be afraid to experiment.

This area just needs practice and lots of it. I'm not going to tell you what kind of music to use here, the types and styles are just too vast. Remember though, common sense and lots of feedback.

Many people think that putting music to film or video is art or only reserved for the special few. Bullshit. It's hard work and you only get good with a LOT of practice and by becoming familiar with a lot of music. If I'm doing a music theme, many times I'll walk around thinking about it constantly for days. I'll run all kind of styles through my mind. I'll think of different melodies and rhythms and sing them till my wife offers to club me to protect our two dogs’ ears from the sound. Finally I'll get something that I think might work and upstairs I go to the electronic circus. Play this. Tweak that. If you're not doing original music, the process is still the same. You'll dive through endless songs until one matches, somewhat, the tune that is spinning in your noggin. That's all there is to it — finding music that matches what's in your head. But, to have a lot of ideas in your head and something to match it to, you have to listen to and be familiar with a lot of music. I'll say it again, a lot. From rap to jazz to a good selection of classical, you need to listen to a lot so you're familiar with at least some of the immense amount of music available. Basically you need sound to follow your thoughts.

As you've probably guessed by now, choosing music to put to picture when editing can be quite the task. It all depends on how proficient you want to become at the job. The more music you're familiar with, the more you'll have to draw upon when the video demands it. As you study the pros and their movies, your working knowledge of where and when will increase. Most people's love of music is the most developed when they graduate from high school. If you were listening to The Rolling Stones’ Satisfaction or ZZ Top's La Grange, you'll take that stuff to heart more than any other. The tip here? Listen to music you're not familiar with, things people make fun of, and a few albums your parents and yes, even your grandparents still enjoy. Buy a Yanni CD, Kenny G., George Jones, Lawrence Welk, then and throw in Snoop Dogg and 'Lil Wayne for good measure. Remember, this section of the business is NOT what you enjoy or your friends think is cool ... this is about making the video you are editing jump out of the screen and come to life.