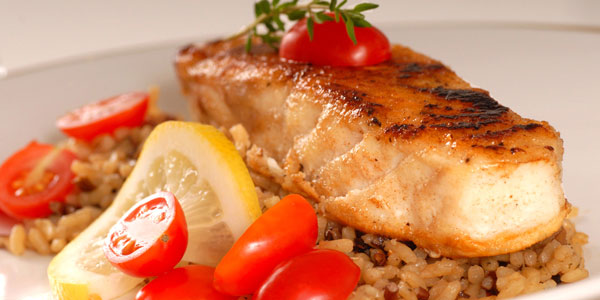 The purpose of this blog post is to provide video ideas for restaurant and bar businesses. We’ve included our favorites to give you an idea of the best that’s out there.

We’ve all seen the video marketing statistics. Videos in an email increase open and click-through rates and reduce unsubscribes. Visitors spend more time on sites which include video. Online shoppers are more likely to buy products after watching a video. It’s no surprise, then, that businesses in every industry are taking a serious look at how to incorporate video in their marketing.

If you’re new to video, consider hiring a professional for your first “flagship” video. It’s true that making video is easier and less expensive than ever, but you don’t want to make a negative impression on visitors by having a poor quality video to introduce your restaurant. Beautiful shots, effective lighting, clear audio, music, an interesting story or idea, and dynamic editing all play important roles in introductory videos. Short social media clips are not as difficult and can be incorporated into your marketing campaign later.

These often simply show off your restaurant or bar attractively with of shots of its overall ambience, delicious, artistic food close-ups, happy patrons, expert chefs and friendly staff. The four below are beautifully filmed, edited and set to music.

Here are some great examples of how to feature your food. The first three are straight-ahead videos similar to the introductory promotional videos above but featuring mostly close-ups of food.

One of the most decorated restaurants in the world, where food is art ... and so are their videos.

Beautiful setting and exquisite food may work for fine dining establishments, but some restaurants use an indirect approach to make their point, harnessing the power of humor and story.

This video for a Prague restaurant features slow motion cooking and a humorous ending to make a point about how they serve their food.

NEXT (Chicago, IL) sells pre-priced tickets for specific dates and times in a similar fashion to the way theater, concert, and sporting event tickets are sold. Many of their videos tell the stories of their meals, such as “Kaiseki", a traditional multi-course Japanese dinner.

If it is your Chef who drives your restaurant, feature him/her in a video.

What it Takes to Make It in a Michelin-Starred Restaurant

A FoodieTV video about Chef Joseph Johnson of Mélisse.

In this video, Chef Peter Gilmore talks about the inspiration for his Lamb Belly dish, in relation to his philosophy of nature based cousine.

A Day in the Life of Chef Richard Farina

City Space Bar hosts a number of bartender videos. In this one, “cocktail perfumer” Max Rokhman demonstrates his bartending technique

If one of the drivers for your restaurant is its location, highlight it in your video. For example:

If your restaurant or bar has had favorable news coverage, make sure it’s front and center on your web page, YouTube channel, etc. If you aren’t so lucky, try to arrange coverage with your local media or an online channel specializing in restaurants, bars, or businesses with your theme. The two videos below demonstrate very different types of coverage. Other videos in the blog were also created by organizations other than the restaurant itself. As a last resort, consider a spoof news video highlighting your establishment.

CBS This Morning: “Inside the kitchen of restaurant voted world's best”

If history is part of your marketing or if your business has an interesting history, feature it in your video or consider a separate video about it.

The oldest restaurant in Florida, the Columbia Restaurant, which opened in 1905 features its history in this overall marketing video.

SUBWAY features its history in many of its videos.

Testimonials are an excellent way to highlight what your customers like most about your restaurant or bar. If you do these yourself to post online, beware that lighting, audio and editing can make a huge difference in how watchable and professional these look.

The Waraji features testimonials on its web page, Facebook, and in this video which includes shots from their primary promo video

The Kaniz Restaurant is owned by a make-up artist. This video features testimonials from many of her celebrity clients

This video features an on-camera interviewer for their testimonials.

Customers love the insider’s perspective. Include behind the scenes shots in your videos or even make a separate video that features them.

Sepia Restaurant: A Day in the Life"

A variation on featured Chef videos are cooking lessons. These are often a series, but could be a single video about a signature dish.

Chili's Baby Back Ribs Recipe - Get the Dish

In the right situations, a contest can be an excellent promotional tool.

A web series can be hideously expensive unless you do it yourself, but it has the potential to attract regular viewers. Here's one of our favorites, a comedic web series that follows a group of servers and bartenders working in the Chicago service industry.