Should We Be Streaming? 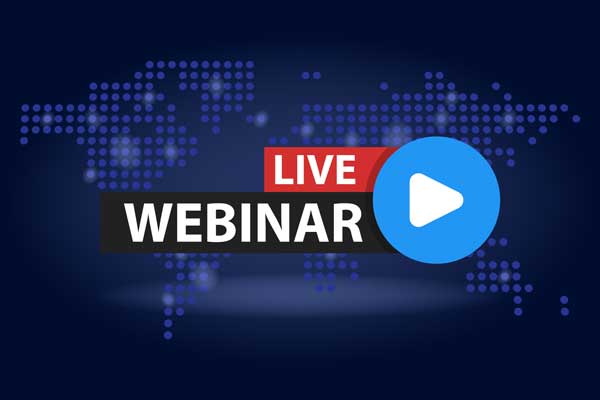 Live streaming is the latest video marketing strategy and is getting lots of hype. But, would live streaming be a good investment for your organization?

As a video producer, I decided to use my background to try and develop some helpful guidelines for those who are thinking about adding live streaming to their video marketing strategy.

According to Wikipedia, “Streaming media is multimedia that is constantly received by and presented to an end-user while being delivered by a provider.” “Live streaming is the delivery of Internet content in real-time, as events happen…” However, an internet search on “live streaming services” brings up Hulu, Netflix, and other “cord-cutting” streaming media services on the first page. Technically those are streamed, but they’re examples of on demand streaming, not live streaming. So, there's a lot of confusion on what live streaming really is.

The concept of streaming dates back to television, which was invented in the 1920’s, and became widely available in the late 1940’s and 1950’s. The early shows were live performances, often news, but technology also developed quickly for the recording and rebroadcasting of programs — the kinescope in the 1940s, followed by videotape in 1956. As TV became popular, cable systems were created to serve geographically remote areas and those with poor reception.

As television was becoming popularized, electronic computers began being developed in the 1950’s. The World Wide Web was developed in the 1980’s and web browsers developed the ability to display images and text on the same page in the 1990’s. As data transfer rates increased and computer technologies like hard drives developed, video also became available. At first, users were able to download files before viewing them. Later they were able to “stream” the video in a practice called “video on demand”.

Today, media viewership is migrating from static delivery of video via television and cable to services like Hulu, Netflix and YouTube that can stream it on demand to any device. Internet media streams can be either “live” (simultaneously recorded and broadcast in real time) or preexisting media offered “on demand”. Live streams can be created by everything from a simple cell phone to complex productions involving multiple professionally-operated cameras requiring paid access.

Why should you consider live streaming?

Many videos that are live streamed are also available afterward, merging it with on‐demand video. It may still feel fresh and authentic, but the opportunity for instantaneous interaction is gone. In its place is the opportunity for further reach via social shares. For example, according to Salesforce, “one company hosted a small live-streamed event: Twenty people watched. Then they posted the video to their page and asked viewers to share the video, and 16 did. Thanks to the shares, ‘the live stream had a total reach of over 3,000 people and over 800 views.’"

Do you need to live stream?

Video has proven to be a very helpful marketing tool, but traditional video offers many of the same benefits as live streamed video. Since both use video, it is easier to consume and typically delivers much more information. For example, a demonstrative video allows the audience to see a person’s face and more easily connect with their emotions. Most videos include voice, sound and music, which enriches the experience.

One of the downsides to live streamed video is that it is by definition unedited. The editing process improves the quality of video by making it more polished and interesting, thus adding to its longevity.

The down‐side of editing is that it requires time, expertise, and expensive software and equipment. If a live‐streamed video meets your needs, why edit? Ultimately, the choice depends on the type of video, its value, and its desired longevity.

There are a growing number of platforms which allow free live streaming, notably Facebook and YouTube. Today’s smart phones have everything built in that you need to do it. So, what are the costs?

Costs come in the form of extra effort, equipment, people and services needed, depending on your situation.