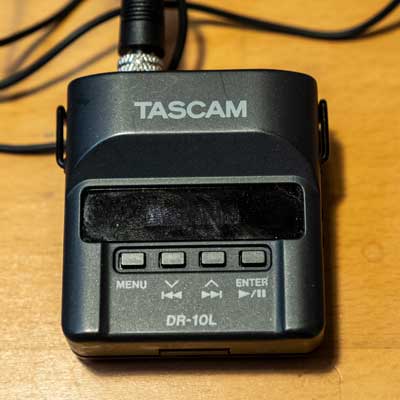 The Tascam DR-10L Micro Linear PCM Recorder with Lavalier Microphone is simple to operate, so we are illustrating with photos instead of a video. The unit itself is very small - only about 2x2 inches.

We use this recorder as an inexpensive substitute for a wireless microphone system. The audio it records can be easily synced with the video during the edit.

In this photo, the recorder is turned off and the display screen is black. 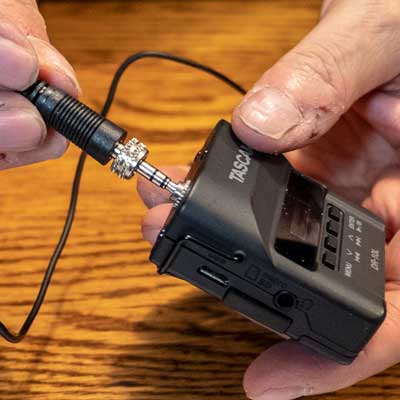 In order to record, the microphone supplied with the DR-10L is required. Do not use a different microphone. Insert the connector into the IN jack on top of the recorder.

The DR-10L can be used with headphones that connect to the left side with a mini jack. We don't include them because they are only useful for playback. 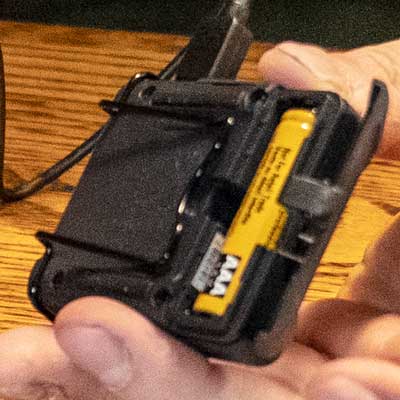 The DR-10L operates off a single AAA battery, which can be accessed from the back of the unit just under the belt clip.

Recording is to a microSD card, accessible on the left side of the unit. The card will be in the recorder when you receive it.

The menu settings have already been chosen, and you shouldn't have to change them. 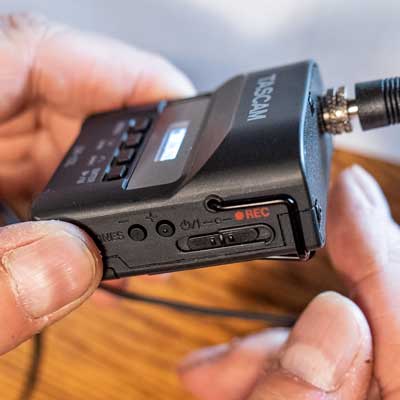 Begin recording by moving the power switch to firmly to the right toward the red REC and holding for about one second. Recording can be started from the ON or OFF position.

On but not recording 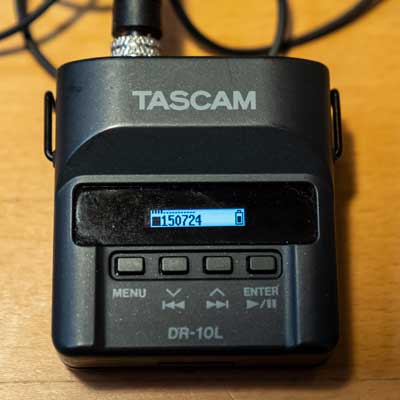 When the recorder is turned on but not recording, the display screen will be white with black letters. The operational status indicator on the left will be a square. In the center is the file name. The battery level is on the right.

If the recorder is not used for a few minutes, it will go into screensaver mode and the word "TASCAM" will flash on and off.

If it is operating on battery power and no operation has occurred for 10 minutes, the recorder may turn itself off (depends on menu settings). 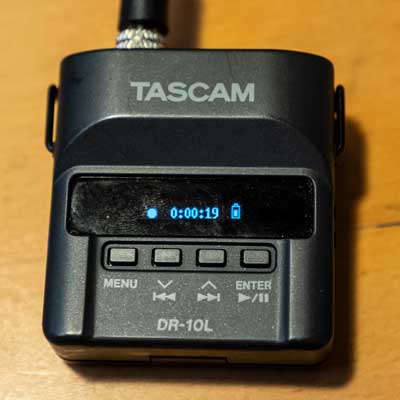 When the DR-10L is recording, the display will be black with white letters. The operational status indicator on the left will be a large white circle. In the center is the elapsed recording time. On the right is the battery level.

It is VERY IMPORTANT to be sure the screen looks like this. If it doesn't, it is not recording.

To stop recording, slide the switch toward REC again for about one second. The display will switch from white on black to black on white, as shown in the photo immediately above. 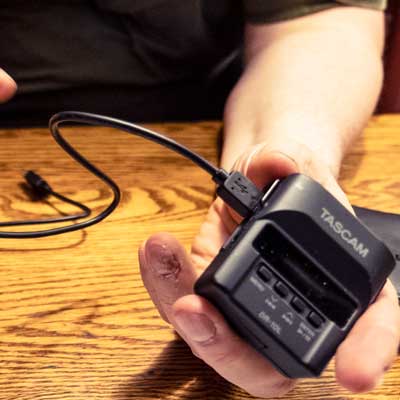 The DR-10L connects to a computer via a microB USB cable, include in the case. The USB connection is on the left side of the case, next to the microSD card slog and the headphone jack.

Connecting to a computer 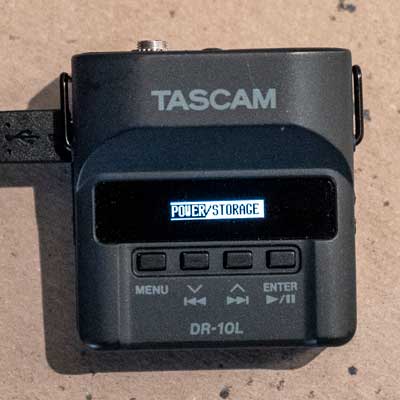 When the DR-10L USB cable is connected to a computer, the POWER/STORAGE screen displays. When POWER is selected, the recorder is powered via the USB cable. To make the audio files accessible to the computer, use one of the two center buttons to select STORAGE. The screen will change to read "USB connected".