Jacquie Greff received a Distinguished Service Award at the 2018 TIVA-DC Peer Awards Saturday, November 17 "in recognition of outstanding service to the community and a positive influence and impact on TIVA and it's mission."

Video from the event

I received the award for my work as President of the Board of ITVA-DC and TIVA-DC from 2006 to 2008. This was a period of upheaval and chaos not often encountered in nonprofit and trade organizations.

I was the ITVA-DC Treasurer in late 2006 when the organization held its annual election. According the rules in place at the time, there was no nominating committee to screen candidates, and only people who explicitly ran for a particular office could be considered for it. Board members had watched the previous President, Walter Jacob, strain under the weight of managing the organization. As a result, only one person with no Board experience was willing to run for President, and many were concerned that he was not a good option. I was totally happy as Treasurer, but reluctantly agreed to run against him.

In June 2007, after I had been President for only a few months, ITVA-DC received a letter from our parent organization, MCA-I, putting the DC chapter on probation for refusing to change our name to MCA-I. Failure to change the name would result in our charter being revoked. There was a procedure in MCA-I's bylaws for declaring ITVA-DC out of compliance and taking our assets. At the time, our bank account had a balance of almost $20,000, all locally generated, which we could have forfeited.

The Board felt we had no choice but to change the name to MCAI-DC - but we didn't stop there. We created a sister organization, TIVA-DC (Television, Internet & Video Assn. of DC, Inc.) to manage the 2007 Peer Awards. Maria Barnes, Anne Schwab and Kimberly Skyrme volunteered to manage the 2007 Peer Awards and to start the new organization -- they became the three original founders of TIVA-DC. All income for the Awards went to TIVA-DC. MCAI-DC paid some of the expenses in exchange for recognition as sponsor of the Awards. As a result, TIVA-DC ended up with the operating funds to move forward and establish itself as a 501(c)(3).

The second part of the transition involved the members. TIVA-DC gave free memberships to all MCAI-DC members. At their next renewal, members renewed with TIVA-DC. By the end of this transition, TIVA-DC had members and operating funds. MCAI-DC had become a shell organization.

That period was a time of great angst and heroic contributions from all Board members. Board members at the time included:

The national MCA-I organization folded in 2016.

Although this was a LOT of work, it was also a great learning experience and a way to develop friendships in the industry. Thanks for the opportunity and the recognition! Jacquie 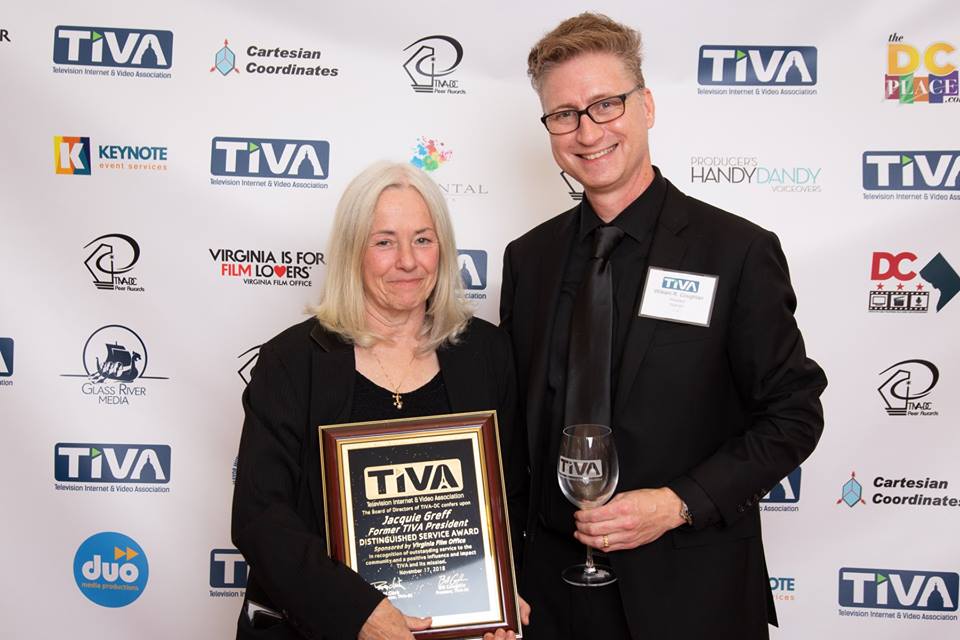